I am going to share some background patterns that you can build using conic-gradient(). Let’s first have a quick look at how such a gradient works.

From the CSS Specification we can read:

Here is an illustration to better visualize the difference where in both cases we have the following coloration: red – blue – white 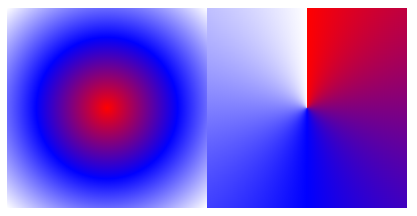 The color-list is trivial and works the same way as any gradient.

The position defines the center of the gradient (the same as with radial-gradient) and it’s not a mandatory property (by default its value is set to center).

The angle will define a rotation of the gradient around its center (by default there is no rotation, so 0deg). It’s also not a mandatory property.

Below a comparaison between: 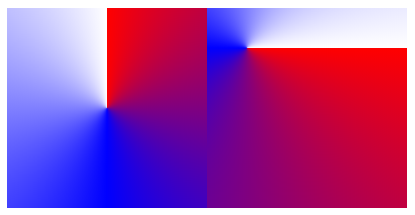 Consider the browser support: https://caniuse.com/#feat=css-conic-gradients. The below may not work in all the browsers.

Find below a codepen if you want to play with the different patterns:

Please wait ...
We use cookies to ensure that we give you the best experience on our website. If you continue to use this site we will assume that you are happy with it.OkPrivacy policy